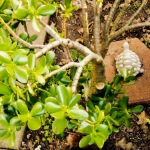 While reading Henry Seltzer’s horoscope last Sunday, I glanced at the TV and Reverend Joel Osteen’s service was starting.  I turned up the volume to catch his theme, and was hooked when he said “Quit looking through the rear view mirror, it’s little…look through the windshield toward the future that’s so much bigger.”

Joel’s comment reminded me of the banner on my web site which includes a photo that I took several years ago while on my lunch hour talking to a past love interest.  It was a cold day, and instead of taking a walk, I stayed in the car, turned in my seat, and draped my legs over the emergency break handle onto the passenger seat.

The conversation had a cold edge, and I glanced out the side rear view mirror.  If I could have burst out laughing, without causing the conversation to erupt into something unpleasant, I would have.  The reflection of an orange outdoor latrine, located in the adjacent parking lot, was perfectly positioned in the mirror.  As soon as I hung up I captured the image, not once but twice.

Last year, when I began to develop my web site, I was challenged with creating a name that would best describe the site’s purpose.  For months I had wanted to write stories, and most of them involved commentary, so “insideview” seemed fitting.  The URL wasn’t available, but “insidevu” was, so I bought it.  While working with Diana, my site development coach, she asked what I planned to use for my banner.  After mentally scanning my photos, I showed her the orange latrine.  She laughed, and said “perfect.”   My banner was created during our session, and my site came to life around it.

Some of the stories I’ve posted do include commentary, but others involve memories of family; some of the bitter-sweet moments that have stayed with me.  Around the holidays those thoughts from childhood nestle inside my mind, and aren’t shaken off until I memorialize them on paper.

Joel referred to this reflective process as “excessive memory” and he encouraging viewers to quit living in the past.  I immediately did a mental rewind. Before Thanksgiving I had began feeling the holiday dread, the loss of family, and questioning how I was going to get through them, again.

On Christmas day the feeling of aloneness crept in, and I really wanted to shed it.  Joel’s words caught me in mid-thought with “shake off the old so the new can grow, it’s what those who are gone want for you. Let them be at peace, and go on with your life.”

When Joel’s show was over, I switched off the TV and went outside to my patio.  The weather had turned cold the past few days, and I noticed my Jade plant.  It has a rough time during the winter months, and will freeze if not covered.  There were bare spots where some branches had frozen and dropped off in years past.  New growth had come from around the scarred remains.

Can I release the memories that no longer served me?  Can I grow in enriching ways and fill the holes where the past empties out?  Do I want that bigger future I can see through the windshield?

Yes, I’ll follow nature’s course by dropping the leaves of the past, and embracing the metamorphosis of the future.

My banner won’t change.  It’s a reminder that the rear view mirror is but a symbol of where I’ve been.  Going into the New Year, I will focus on the much larger view, through the windshield. 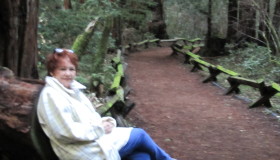 Where are my people? 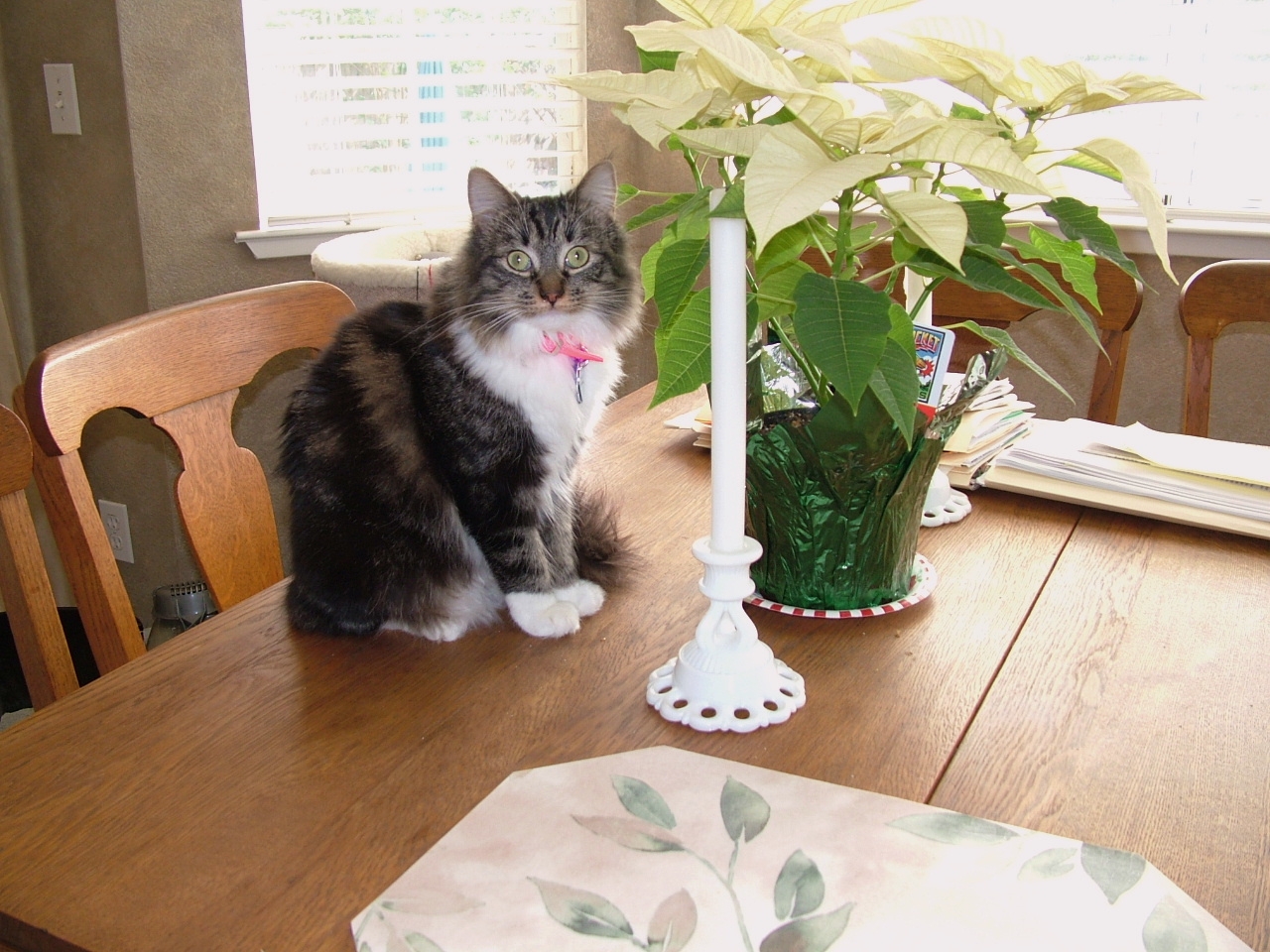 I have watched Joel for years…I find his sermons inspirational and thought provocative….just like your stories Shari…thank you for reminding all of us to look ahead… this is going to be a great Year!!

I’m so glad you liked this post Terry! I know you enjoy Joel, and so do I. He is inspiring, and we can all use a bit of it! I think it is going to be a great year!!

Hi Shari,
I really like your windshield story very much, and the rear view mirror is perfect. You have a real gift for writing!

Thanks so much Barbara! I appreciate your stopping by my site, and leaving this really thoughtful comment. I’d like to think you are right about my gift, and I’ll continue to work hard to deserve it.

We all have to quit living the past in order to enjoy the present and future…one would hope that we can release or change the way we feel about the past and embrace the now!
Enjoyed your thoughts…..

There’s a big difference between living in the past, and reflecting on it. It can teach us many things. Thanks for your comment!!