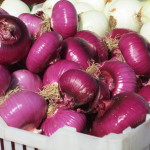 It seems when I experience abundance, it’s followed by Gratitude!

Today is the day after Thanksgiving…..2013

Thanksgiving isn’t my favorite ‘holiday’, in fact it’s next to my most unfavorable holiday, which is Christmas.

It hasn’t always been that way, but I’d have to say the sentiments apply for most of the ones I’ve experienced.

It’s not that I’m an ungrateful person, it’s just that I feel like there is this gradual buildup during the year of not being appropriately thankful, which makes me feel extremely responsible on Thanksgiving to burst forth with a huge abundance of ‘thankfulness’, which I dread immensely, I feel very anxious, and I know that I will fail to be thankful enough.

When the members of my family were still alive, and we all lived in the same vicinity, give or take 50 miles, we gathered together for Thanksgiving. It was usually at my parent’s home until mom got tired of the haste of preparing dinner for all of us. At that point it was pretty much left up to me to fill her shoes, as daughters in my generation still seem to do. Fortunately, I learned to cook with two of the best, grandma, and mom.

The scenario was pretty much by the book that was written when my brother and I were still quite young, but the older we got the personalities, and how they played out at Thanksgiving, seemed to change, and they become deeply rooted.

Everything began with the shopping of course, which I had taken over, but mom always insisted on paying for the groceries because she didn’t think I made enough money to justify paying for them, and subsequently eating them. It was just mom’s way, and rather than explain that it wasn’t a financial burden on me, I let mom do what mom did.

The dinner preparations would begin the day before by making the traditional stuffing as it was always more tasty if it has a day to soak up the seasonings. But the majority of the dinner was cooked on Thanksgiving. Consequently I would be up around 5:00 AM to stuff the turkey and put it in the oven. Then there was the table setting, and doing the final cleaning and organizing of my house before getting back to the really important duties of the day…..making sure all of the side dishes would be prepared in an orchestrated fashion that is necessary for them to come together in the right way, at the right time.

Mom and dad would show up around 1:00, all nicely attired, and cheerful. It wasn’t unusual for me to be rushing around in the bedroom trying to become presentable, which was always questionable as it really was the last thing that I did before anyone showed up.

After greeting mom and dad, I would go back into the kitchen to continue the necessary preparations.

I can only guess, but I suspect this all could sounds pretty familiar to you, if you are, or have been, anyone’s daughter.

About an hour after my parents arrived, my brother would grace us with his presence. Mom would move as quickly to the front door as humanly possible to greet Jerry, her favorite child. By the time Jer got to my house, he was half inebriated. That’s the only way he could face joining us for Thanksgiving dinner, or for any family occasion. His arrival was also the nudge that I needed to open the first of several bottles of wine; not because I was such a gracious hostess, but because things would start going south, socially, at that point. I needed to begin my own quiet decent into oblivion.

They all gathered in the living room, talking in their jubilant tones, only interrupted by Jer’s occasional visit to the refrigerator to freshen up his glass of wine. At least we were both on the same journey, aside from his head start.

Within the first couple of hours of chit chat among the family members I would suggest a glass of wine to mom and dad. Neither of my parents were drinkers, but after a couple of hours of trying to keep their acts together, they accepted my well intended offering.

By the time we all sat down to dinner, mom and dad were feeling pretty relaxed, and Jer was a little more than half in the bag. As his voice began to rise, so did mom’s. As the meal continued things became pretty boisterous, and that’s when the real fun began. I don’t ever recall a holiday meal at my home that didn’t include some serious verbal confrontations, and most of them were between mom and her beloved son.

We would always manage to get through dinner without any sharp objects being shoved into someone, but the possibility was always in the back of my mind.

My mother loved my brother, and always thought he shined, even when he didn’t. It was just the dream that she had deep in her soul that Jer had so much promise, and someday he would amaze us all with his success. But, mom always had ideas of her own about what that would look like, and Jer couldn’t really measured up. She never lost hope though, and her fantasy would live on.

After dinner we were all stuffed, just like the bird that we had been devouring. Dad would go to the bathroom and not return. The couch, which was about the furthest place from the dining room that he could hid, was his reprieve.

After sitting at the table, listening to the rancorous discussion between mom and Jer for way too long, I begin cleaning the side dishes from the table, and to clean up the kitchen. I was still in too close a proximity to the dining room table, but I made enough noise that the conversation was not so crisp and clear. My hope was that it would all die down on it’s own before I had to remove injured bodies from the dining area. Fortunately they never ended their conversations by doing bodily harm to anyone……but my mind never once let the possibility go until everyone was safely on their journeys home.

Eventually we all ended up back in the living room. Dad was drifting in and out of a self induced sleep pattern. Jer and mom were still bickering, and I was holding tightly to my glass of wine. It was the only thing that felt safe.

After another seemingly endless stretch of time, dessert was mentioned. Of course we were all still full, but it was the timely thing to attempt. There was a pie, or two, to slice, plate and serve, and either whipped or ice cream to top the deserts off. By that time the conversation had diminished to a few grunts, but the facial expressions were very telling. Mom and Jer had come to the end of their battles, and dad was all rested from his nap. I took a deep breath before I took my first bite.

This was the probably the quietest part of our time together on Thanksgiving. The Peace DE Resistance. Everyone seemed to have very little steam left to spew, and we would eat in near silence. To me it was almost blissful, but the silence could also be deafening. We had gone from one extreme to another in just a few short minutes.

After desert everyone was a bit fidgety, and exhausted at the same time. It seemed that when mom and Jer were finished squabbling, and the desert course was history, it was time to prepare to go on about our evening, in our own separate ways.

When everyone had left, and it the house was in an obvious state of calm, I would go to the kitchen, pour myself one last small glass of wine, and sit on the couch that dad had felt so content to settle into. The living room felt so spacious because it was only filled with me, and my almost ignored kitty, Chelsea. She jumped up on my lap, and we hugged until it was time to leave the day behind, and crawl into our warm, cozy bed.

Tomorrow would be another day, filled with a lot of thoughts, and dishes to clean up and put back where they would live until Christmas dinner, when the whole process would start anew. 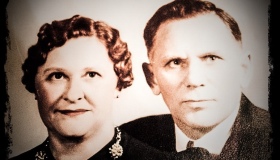