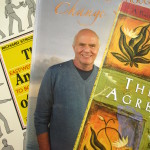 Some of my favorites.

I love to read as much as I enjoy writing. This is a list of books that I have read, am reading, or are still on my end table waiting to attract my attention. Check them out and hopefully you will enjoy them with me.

Books I’ve read, that are, at least to some degree, autobiographical in nature.

This is my all-time favorite novel. I literally escaped, day after day, to my cozy love seat, wrapped in my throw, and went to India, and then to Afghanistan, Pakistan, and back to India with Robert. When I finished this book I felt lost as I had spent a number of months with the people I met through reading Shantaram. I haven’t found a book since that will ever take their places….until Robert publishes his next book…which I hope will include at least some of these characters. Once you read the first page, you will not be able to put this book down!!!

The Kite Runner – by Khaled Hosseini

Other than reports we get from the news media, including the exhausting war that the United States has been involved in for 10 years, I had no sense of the Afghan people, and their everyday lives. This book brought me into a family and showed me that they are real people, with families, and they have their personal struggles, just like those we are accustomed to. This is a beautifully written book that I am thankful to have encountered. I now view the Afghan people, in general, no differently than I do my neighbors.

Running with Scissors – by Augusten Burroughs

If you are not familiar with Augusen’s books, you must start with this one. It is a autobiography, but all of the trials and tribulations that this boy encountered growing up around seriously disturbed people, are told with such graphic humor, and solemn sadness, that it will keep you intrigued from page to page. I loved this book for it’s no-holds-barred depiction or his life, and the affects it had on him. I think I’ve read most of Augusten’s books, and love them as well, because he shares so many of his life experiences, and throws caution to the wind while doing so.s

Books that are of a spiritual or philosophical nature that I have read, and cherish.

I shutter to attempt to describe this book, as it defies description.  It’s an ancient philosophy often referred to as “The Way”. I truly believe it’s just that, but I will leave it up to you to decide if it will be your way. It’s comprised of 81 versus, as Wayne Dyer describes them, “which are regarded by many as the ultimate commentary on the nature of our existence.” You could pick this book up many times over the years, and find it not to your liking, until one day you will pick it up and discover that it is invaluable. Keep picking it up…..

I have a very scholarly friend who has read more spiritual books than,anyone I know. I respect his opinion as he is not one to recommend books, nor is he a man of many words. He did impart to me that if I were to read just one book that expresses the way to live one’s life successfully, this would be his recommendation. Now I know that success means different things to all of us, but what he was trying to impart, is that being successful equates to being conscious of what we think, do, say, and the way we show up in the world. The book actually describes four agreements that you made with yourself. They sound logical, and appear to be reasonable, but they are not so easy to manifest. I believe if we could all practice these principles, the wold would certainly benefit tremendously from them.

The Kybalion – by Three Initiates (seriously)

The grand book of esoteric thought – is the study of the Hermetic Philosophy of Ancient Egypt and Greece. The earliest date of publication that I could find is 1908, but I suspect it originated earlier. This book was given to me by someone I had a brief encounter with, then vanished into thin air. I was in my early 30’s at the time, and it set me on a journey to find the truths of life. I’m still on that journey, but this was no doubt an intentional gift from source…….and I’ve always known it. It has since remained my most cherished book, and it’s still available on-line at Amazon. If you are a seeker of truth, you must take a look at this book as a stepping stone to what ever follows.

This is such a sweet book, regardless of the subject matter, and I would recommend “Living A Life That Matters” as well. These books have had such a profound impact on me that I made a copy of a photograph of Harold and put it in a frame. It’s in my living room so when ever I feel  I’m not enough, or I haven’t done enough, I look at Harold’s loving face, and it reminds me that yes, I have. You don’t have to have a Jewish heritage, or practice the faith, to love Rabbi Kushner’s writings. They exude love, and acceptance of human nature.

Change your Thoughts – Change Your Life – by Wayne Dyer

This is amazing book by Wayne. I am particularly interested in it at this time because I participated in a workshop at my spiritual center a few months ago, and the subject matter was the “Tao”. Wayne’s book looks at each of the 81 verses of the “Tao te Ching” and has written 81 distinct essays on how to apply the ancient wisdom to today’s modern world. This was no easy task, and Wayne spent an entire year working on this very in depth study of the “Way”. It is intended, I believe, to help readers learn to live the “Way”, and not just accept the philosophy at face value.

The Anatomy of Change – by Richard Strozzi Heckler

Another excellent book that is primarily about Aikido, but really does a great job of explaining mind/body integration, and how to come from a much more informed place within. It has become one of my favorite books. It is extremely well written, with very accessible, and well thought out information and instructions. Unfortunately it’s out of print, so you will have to search for it on-line, which I did, and found two copies in great condition.  I love this book so much I purchased both of them.

A tiny book of inspirational thoughts by one of the most financially successful men of our time.  I begin my morning with meditation, and then open this book, randomly, to see what will become the thought for my day. This practice sets the character of my intention, and I always look forward to my new beginning each and every day.

The Invention of Wings – by Sue Monk Kidd

I am such a huge fan of Sue’s books.   The first one I read was “The Secret Live of Bees”, and it was so engaging I could hardly put it down.  Then I discovered “The Mermaid Chair”, an amazing love story.  I can’t recommend these books highly enough.  I’m only partially into “Wings”, but I have a feeling it will spell bind me as the other have.  I’ll try to get back to you on that.

I am keenly aware that reading about the Tao isn’t everyone’s cup of tea.  Yes, it’s an esoteric spiritual philosophy, so you must approach it with a very open mind, but if you do have any interest in taking a peek at it, I would suggest this book.  It’s a relatively small book, and it covers every aspect of this belief system.  The Tao is rather elusive, and it’s not easy to wrap one’s head around it in the beginning, if you ever do, but I think you could find it immensely profound, and freeing.

Yes, I do read fun stuff as well, just not a lot of it. I would if I had more time because there really are a lot of books that sound compelling to me.

The only author I can think of right now that I have always run to when I need a hit of romance, is…

Nora Roberts – and she is, perhaps, one of the most prolific romance writers.  A little romance is definitely good for the soul!!!

Hi, Shari — So enjoyed seeing your library and the books you like, read and are interested in. Lots of commonality I notice! Also enjoyed your bio and following the most interesting trail of your life so far! Warmly, Kathleen

I came across a quote that is written by Nora Roberts and is very appropriate to your work.

“If you don’t go after what you want, you’ll never have it. If you don’t ask, the answer is always no. If you don’t step forward, you’re always in the same place”. Nora Roberts

Keep on bloggging–I love your writing.