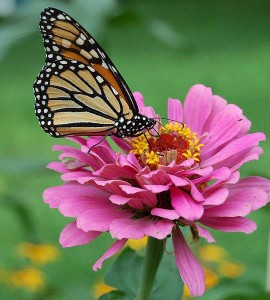 No one has to tell a butterfly what it is.

I love the English language, but then it’s the only one I know, which I find to be very fortunate, but it can also be perplexing. There are simply a lot of words.

We often criticize immigrants because their knowledge of our given language is either minimal, or we don’t think they try hard enough to learn it. That frustrates us to no end, and we wish they’d go back to where they came from.

When we travel to other countries, we are generally lacking in knowledge of the language that is being spoken, or the native language of that country, unless of course they speak English. They probably wish that we would go back to where we came from.

Most of the time we manage to get by using our native language. Sometimes a person will use a word, when describing us, that we hear and accept, without too much afterthought. When a number of people, who we know, use the same word in describing us, it can bring our attention to it. After years of recognizing this word is becoming a rather common “note” in conversations, and that “note” is becoming ingrained in our mind, we begin to look at it from a little different angle.

Until I was in my mid-twenties, I felt I was rather shy. It was difficult for me to mix well with people that I didn’t know, and particularly when it was a large gathering of people who were invited to a celebration of something.

When I went back to visit a boyfriend, who I knew in junior high, we met with some of our old classmates.  During our conversations several of them commented on how independent I was in school. A few even mentioned that they thought I was a bit arrogant.

These comments stunned me. I asked them why they thought I was either independent or arrogant. The general feeling was that I didn’t stick around when they were in groups chatting about what they had done over the weekend, or where their family was going on vacation that winter.

I had to think back, and when I tried to picture myself in those group chats, I could recall my eyes glossing over, and I did feel the need to exit the conversation. I had no sense that I was leaving because it was the independent thing to do. I actually felt too shy to jump in and join the discussion.

Their comments were shocking news to me until I realized that during most of my life I handled myself very similarly when among a group of strangers, and particularly so at large parties. If the gathering was held indoors, I’d wander around in the hopes of finding a porch or garden escape. If it was held outdoors, I would find a bathroom, kitchen, or other out of the way place to occupy.

In more recent years, my friends have continued to use the word independent to describe me, but their impression has become more generalized when thinking of me, and how I often tend to do my own thing, aside from running away at parties.

When they ask me what I did over the weekend, what book I’m reading, or what movies I’ve gone to see, I tend to get a response “well, yea, you don’t read normal books, and no, you wouldn’t go to see ordinary movies. You always tend to do what ‘you’ do”, implying that what I do isn’t normal, and that I tend to take my own independent route.

After years of hearing these kinds of comments, I finally decided to take a look at myself, from a distance, at least in my mind. I wanted to see how others saw me. Am I really that different? Do I act independently, or am I just a free spirit?

Do I still feel shy, and want to run away, or do I really prefer a different way of interacting with people?

The word independent has never resonated well with me. It always brings to mind something negative, learned, and forced. When I think of myself I envision a butterfly, energetic, inquisitive, and free. I’m not quite sure why it matters, but with my love of language, I wanted to know what they both mean, and which, through my eyes, suits me.

Starting with the dictionary interpretations, I found that independent is described as not influenced or controlled by others in matters of opinion, conduct; thinking or acting oneself; not subject to another authority or jurisdiction, autonomous, not dependent or contingent upon something else for existence, operation, or not relying on another or others for aid or support. Yikes! It sounds like a monolith, sturdy, but stationary, cold and stoic. All of a sudden I felt compelled to tell people no, I’m not that, please don’t think I want to stand alone in this world and have no support. I like people’s opinions, I just don’t always agree with them. I believe in authority, if it’s fair, and I honor people’s boundaries, as I appreciate having mine honored……no, I’m not a stand alone entity.

Next I found that freedom was having a sense of liberation, or deliverance from confinement or bondage, the right of unrestricted use or access, the power or liberty to order one’s own actions, a frankness of manner; candor, ease and grace, as of movement, lack of effort. This description of me I can embrace. It would be the response of a butterfly, not an immovable force.

Knowing there really are differences in the meanings of these words has put to rest my frustration with who I see myself as, and I will proudly honor being free-spirited.

It’s easy to allow other people to influence who we are, just by the use of a word or phrase that they feel suits us. If we are comfortable with the description, we tend to let it go, but the essence of the comment stays in the recesses of our mind, none the less. It will only come back to the surface if it is repeated by someone. However, when we hear it often enough, we need to look at it to see if we want to own their meaning as part of our reality, or question it.

People have a tendency to use words that are familiar to them, and they may use them often without thinking about the influence they may have on others. We tend to accept what people say to us, without really considering the effect.

Were people correct in their use of the word “independent” when describing me? Perhaps in their minds they were, but the question presented itself to me, so I chose to take a look. What I’ve discovered is that I knew, and know, way more about the inner workings of my mind, heart, and spirit, than most people, and I prefer to look at their words, consider them, and then reflect on who I am. I’ve decided that I prefer to describe myself, but I also want to present to the world who I am, by being present, and when I do, I hope I reflect the butterfly.